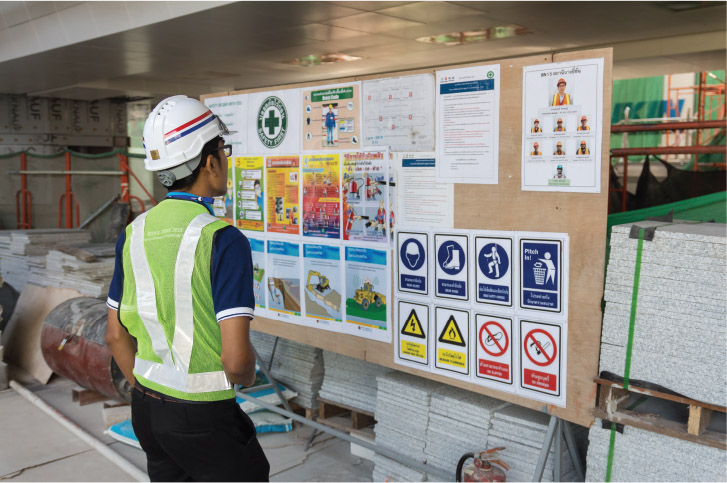 We did a workshop in a steel plant designed to help employees see the hazards around them because, truthfully, we’re not born knowing this stuff. To identify a safety hazard isn’t as easy as it sounds because they’re not always that obvious.

In this plant, there was a really dangerous area called a rolling mill. In this part of steel-making, you start with a large billet of steel and it is passed through rolls known as “stands.” As it is pressed though each stand, it becomes thinner and thinner until you end up with a steel bar which is for used for applications such as reinforcing for concrete and the like.

Of course, to do that, the steel needs to be red hot. It needs to become malleable so it can be pressed. These rolls exert hundreds of tons of pressure as the steel moves through. As a bar goes through these stands, the thinner it gets and the faster it’s moving. It’s the same amount of steel, but it’s now drawn out more thinly.

By the time it reaches the end of the rolling mill, it’s red-hot steel, moving at about 60 miles an hour. If it comes through one stand and misses the next stand, it’s called a coggle. A coggle, out of control, gets pushed up into the air and randomly around the roll shop. If it hits anyone, it’s going to kill them.

I then pulled a team of people who didn’t work in that workshop at all but work in a completely different end of the steel plant. Within an hour they had listed about 200 hazards!

The people who worked there over time had stopped seeing the hazards because they were in there, working, every day. We become desensitised. That’s another key reason why people get hurt. No matter what it is you do, doing it every day stops you from seeing their hazards.

These great observations and ideas that came from a fresh set of eyes were then incorporated into the standard operating procedures going forward. It was clear that bringing in another perspective ended up benefitting the entire operation.

This process of cross-pollination of ideas from one business unit to another is standard practice in some organisations that are leading safety practitioners. If you combine these elements of executives not spending enough time focused on safety and employees not seeing the hazards through being desensitised to the dangers in their work area, you eventually end up hurting people.